Maren is a fourth-year undergraduate student majoring in Nuclear Engineering with a minor in Material Science. She joined the ANS executive committee as a freshman and has also been an active member in Out in STEM (oSTEM). Their current research is in molten salt reactors, and they are an NRC-licensed Reactor Operator at OSTR. 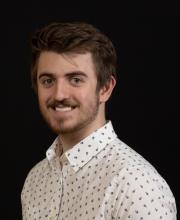 Tanner is currently a fourth-year undergraduate studying Nuclear Engineering. As the former secretary, networking with peers and faculty, as well as outreaching to the community are his favorite activities in ANS. He hopes to use his experience as a national lab intern and transfer student to better connect students with ANS and the opportunities that it has to offer.

Brison is a second-year undergraduate studying Nuclear Engineering. Coming on-board last year as an undergraduate representative for the club he now wants to help ANS be as effective as possible at connecting people within the nuclear field. 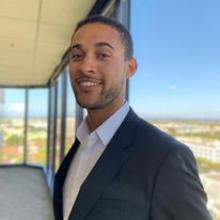 Quinton is a first year master's student in nuclear engineering. His research involves the use of digital twins and machine learning to detect misuse of special nuclear materials in reactors. He's a GEM Fellow and a licensed reactor operator at the Oregon State TRIGA Reactor. 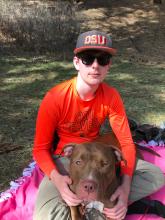 Spencer is a fourth-year undergraduate pursuing a B.S. in Nuclear Engineering. He joined ANS his freshman year (2019) and has been an active member in outreach for ANS OSU since. Academically, he does research on the irradiation behavior of advanced alloys.

Ian Stumpf is a fourth year senior majoring in radiation health physics,  and started participating in ANS as a freshman becoming an officer this year.

Samuel Briggs joined OSU as an Assistant Professor in 2018 and has been a faculty advisor to the ANS OSU chapter for one year. He also sits on the executive committee of the ANS Material Science and Technology Division. Prior to Oregon State, he was a postdoctoral appointee at Sandia National Laboratories. His expertise is in microstructural characterization and microscopy of radiation damage in materials, with an emphasis on studying damage structures and precipitation in metals using transmission electron microscopy, atom probe tomography, and diffraction-based techniques.